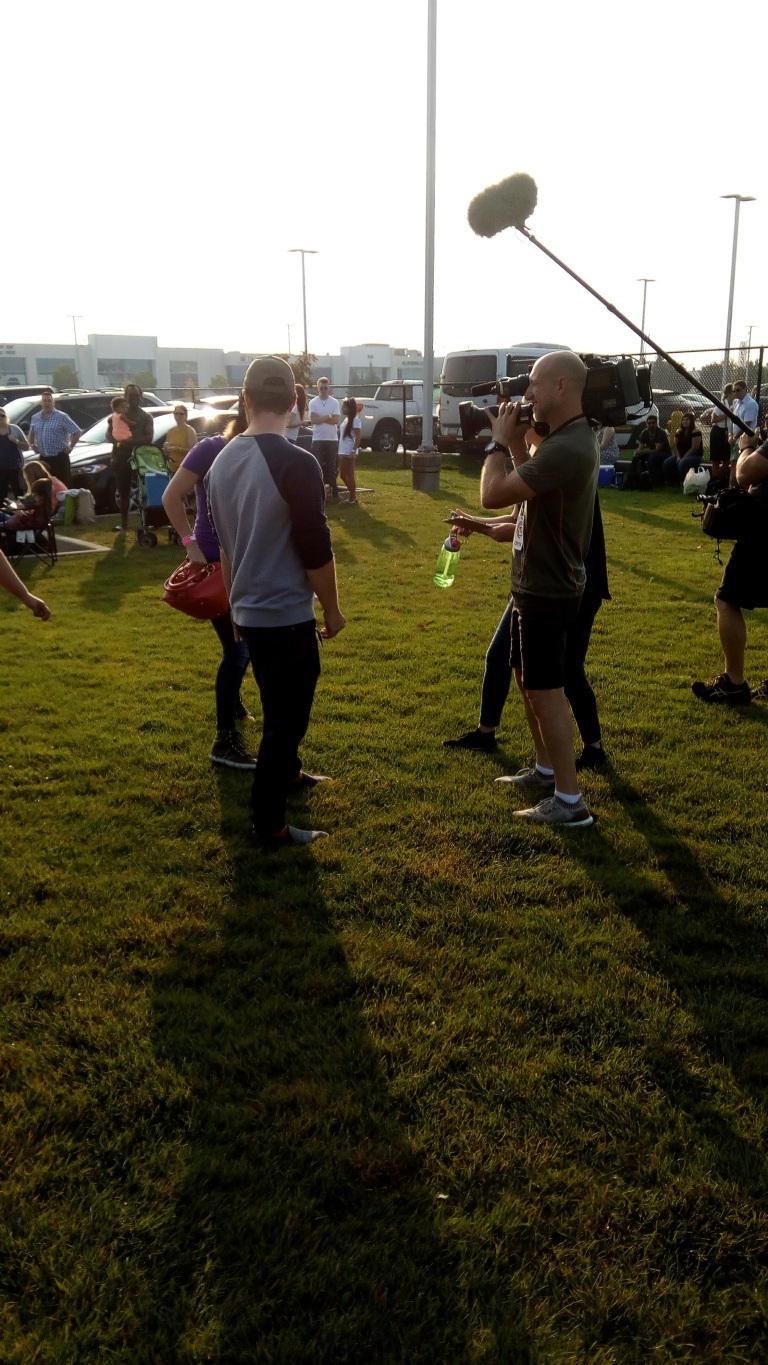 Who the hell has not pondered life as a television star?

I understand that not everyone aspires to be eyeballed by high definition lenses like I had as a child, but I am certain everyone has taken a moment to imagine themselves signing autographs in a mall somewhere.

As a child, I was the obnoxious type. I was always the first one to open his mouth when it came to answering a question in class. On my first day of kindergarten, I voluntarily went out of my way to personally introduce myself to the school’s principal. That might have made my parents proud, but looking back on it, I consider that move extremely pretentious. Growing up, I kept putting gas on the fire that was my need for attention. But my MasterChef experience kind of put out the flames.

Flash forward to the summer of 2017. After years of mastering my culinary craft, many botched batches of Uncle Ben’s minute rice, burnt pizzas and bone dry grilled chicken breasts, I was finally ready to enter the ring of cooking competitions. I wanted nothing more than to become a cooking star. The first step on my uphill battle toward C-list culinary TV notoriety was to submit an application to be a part of CTV’s MasterChef Canada’s season 5. I shot my shot out of a cannon, submitted an embarrassing video application that was immediately deleted and resigned to the depths of the cyberspace.

After a few weeks, I actually got a phone call from the producers, who requested that I cook for a select panel of judges in Toronto the following week. So I designed my dish, threw it all in a cooler paired with containers full of ice. As you can tell, this is not ideal, because I could not use any heating agents to cook. All of it had to be prepared at home. For those who do not know, I live 4 hours away from the destination.

I arrive with my mom to the studios, and my jaw immediately dropped when I noticed the people there. Hundreds of them lined-up, eagerly waiting for one producer to take a bite of their food they took hours to prepare. Fortunately, I had a VIP pass to skip the line. I was one of the first, to showcase my food, along with 25 other people.

I had 3 minutes to plate my food. My hands were shaking like a Wendy’s frosty (milkshake), I couldn’t even properly compose my plate. The judge announces 30 seconds on the clock and I go for the buzzer beater. I finish the plate and throw my hands up like I was holding a burning hot log.

This might sound underwhelming to some readers, but for me, it was 3 minutes to plate my dream. This was like draft day for an athlete. What followed was a grueling 2 hours of judges and past contestants trying my food, writing something down on a notepad and then continuing down to the next hopeful home cook.

I was feeling spectacular. The picky judges seemed to enjoy the single bite of food they took from my plate. We were also allowed to absolutely demolish other contestants plates, so we were all devouring our foods while waiting for the results. With a ray of confidence, I was standing tall, knowing I had a chance to be on the show.

The producers then came into the room and conducted “personality evaluations”. My smile was wiped off, instantly. I could not compete with anyone in that room. I had nothing to show. I absolutely bombed my personality interview. I did not pass that round of the audition, and I drove home disappointed but enlightened.

I wanted nothing more to be a good cook, and to cook on television. But the process was a real wake-up call. Cooking shows are not about the food, they are utilizing someone’s personality, hard times, and culture in order to generate viewers. What a wonderful world. Or I might just suck at cooking, who knows?

I did end up making a few appearances in Episode 1, Season 5 of the show. So I guess I got my screen time. Overall, it was an amazing experience.

Just a Canadian kid. View all posts by Docmong

5 Replies to “My experience getting screen time on MasterChef Canada”

This site uses Akismet to reduce spam. Learn how your comment data is processed.